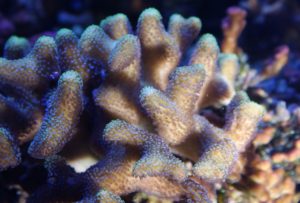 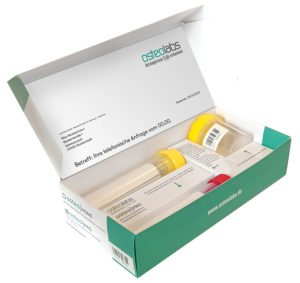 In Europe, more than 20 million people suffer from osteoporosis. Estimations project that this number will further increase due to the expanding population on the continent. That means, 33.9 million people will be diagnosed with osteoporosis in 2025, corresponding to an increase of 23%. Osteoporosis mostly affects the elderly, and among those primarily women, who suffer from chronic skeletal pain and reduced mobility after a bone has fractured, which also often results in psychological distress such as depression, loss of mobility and isolation resulting thereof. It is true that the individual quality of live increases when osteoporosis is diagnosed and treated earlier than it is currently possible. The estimated economic costs, spent for the treatment of osteoporotic fractures, reach many billion euros. The Helmholtz Centre for Ocean Research Kiel (GEOMAR), member of the Helmholtz Association of German Research Centres, has developed a technology that diagnoses osteoporosis years earlier compared to current standards and long before the disease becomes serious. The innovation has been officially commercialised by a spin-off company from GEOMAR, which is working with a strategic medical laboratory to collect additional individual basic medical data, providing an optimal individual diagnosis and medical result for each patient.

About 1,000 kits have been sold to customers and approximately received €240,000 in the first six months

There are currently 15 home- and med-kit orders per week

94-100% sensitivity can be reached compared to previous DXA method

The current standard DXA method of diagnosing osteoporosis uses low intensity but invasive radiation to measure bone density. Therefore, this method is mostly applied only after a bone has broken to verify its cause. The used X-rays can also allow different interpretations, which depend on the experience of the medical staff. The radiation based on this DXA method is relatively insensitive and osteoporosis can only be diagnosed if more than 30% of the original bone mass is already lost. As a result, many osteoporosis cases are overseen due to the limitations of the DXA method.

The Helmholtz Association of German Research Centres, a member of EARTO since 2015, has enabled this change with its osteolabs CIM (Calcium Isotope based Marker) technology which detects the disease days to weeks after bone loss starts. This CIM method introduces a new, powerful, and practical set of completely new diagnostic tools, which is much more sensitive and harmless for the patient. Due to its non-invasive nature, doctors can take preventive measures and monitor its success almost in real time, adapt them individually or change them if necessary. The therapy monitoring can be performed only with a small amount of blood and urine, without any X-ray laboratory needed. This process significantly saves resources, money as well as specialist personnel.

GEOMAR’s spin off ‘osteolabs’ received funding from the European Fund for regional development (EFRE). To date it has launched two test-kits, the “med-kit” for the doctors’ office and the “home-kit” for home private use. It has now a European client base covering Austria, Switzerland, Belgium as well as Turkey. The initial user of this CIM method are institutional customers, which ordered more than 1,000 test-kits. Outcomes of online-based sales are also expected to increase. The test comes at a fraction of the price compared to the medical costs for the treatment of osteoporotic fractures, thereby reducing treatment costs significantly and offering good chances of preventing or slowing down the disease’s progress.

The video of the innovation is available here.

Helmholtz Association is Germany’s largest scientific organisation. It represents more than 40,000 employees in 19 research centres across Germany. The Helmholtz Association conducts top-level research to identify and explore the major challenges facing society, science and the economy. Its work is divided into six research fields. Helmholtz transfers scientific knowledge into innovation and on into the market and so contributes to creating the technological basis for a competitive society.

GEOMAR Helmholtz Centre for Ocean Research Kiel is a world-wide leading institute of marine research. It investigates chemical, physical, biological and geological processes of the seafloor, oceans and ocean margins and their interactions with the atmosphere.