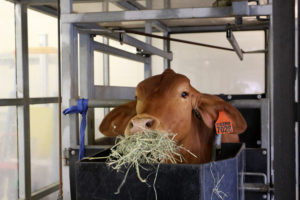 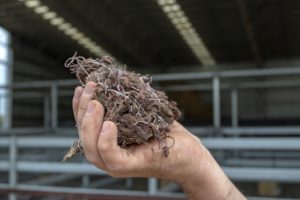 More than 800 million people are currently experiencing food insecurity. This number will grow and put an even greater strain on the food chain given the increase in the world’s population. Furthermore, approximately 1.3 billion people rely on livestock such as cattle and sheep for their livelihoods. Consequently, there is a significant need for increasing productivity in livestock production to help lift people out of economic and food poverty. If livestock could be helped to grow larger, faster, and at little expense, then a significant part of the problem could be alleviated. Livestock also bring with them a gassy problem. Methane from burps and farts is a greenhouse gas 28 times more powerful than carbon dioxide. More than 20% of the world’s entire total of greenhouse gas emissions come from livestock production. This double threat of a growing population and rising greenhouse gas emissions risks destabilising communities and requires an urgent response that can be implemented rapidly and inexpensively.

Approximately 1.3B people around the world rely on livestock for their livelihoods 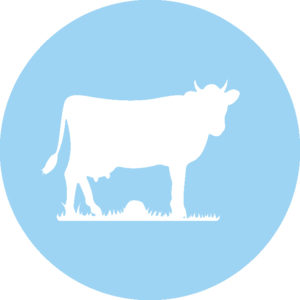 If just 10% of global ruminant producers adopted FutureFeed as an additive to feed their livestock, it would have the same impact for our climate as removing 50M cars from roads

Our response: A sea-based land solution

Our scientists have developed a cost-effective seaweed feed additive called FutureFeed, which uses a variety of Australian seaweed that significantly reduces their methane emissions and has potential to increase livestock productivity. The Asparagopsis species of seaweed produces a bioactive compound, which prevents the formation of methane by inhibiting a specific enzyme in the gut during the digestion of feed. It has been found to reduce the production of enteric methane by more than 80%.

If just 10% of global ruminant producers adopted FutureFeed as an additive to feed their livestock, it would have the same impact for our climate as removing 50 million cars from roads. FutureFeed can also lead to a potential increase in livestock productivity, creating enough food to feed an additional 23 million people on the continent.

For more information on FutureFeed, reach out to the team at futurefeed@csiro.au.

Australia’s national science agency and innovation catalyst, CSIRO is solving the greatest challenges through innovative science and technology. We are Australia’s most trusted research institution and most connected innovator, working with every Australian university, government department and major Australian industry. Our collaborative research turns science into solutions for food security and quality; clean energy and resources; health and wellbeing; resilient and valuable environments; innovative industries; and a secure Australia and region.