CSIRO – One House to save many 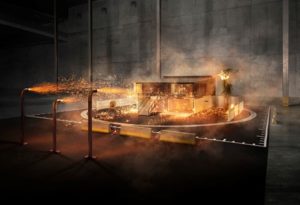 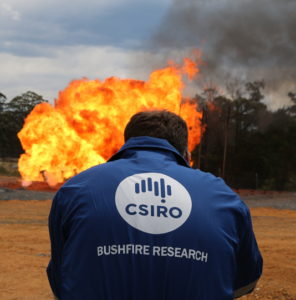 Destructive bushfires are a global problem, resulting in loss of life, property and infrastructure in many countries. The increase in fire season severity and the expansion of the Wildland Urban Interface has dramatically increased the consequence of bushfires in recent decades. A CSIRO study of a 110-year period (1901-2011) in Australia, found that 260 bushfires had been associated with a total of 825 known civilian and firefighter fatalities. More than 75% of all fatalities from major bushfires were within structures, with people dying while attempting to shelter, mainly in their places of residence. To address this, CSIRO worked with Suncorp, James Cook University and Room 11 Architects to design, build and test a prototype house resilient to multiple extreme events, including bushfires. The result was One House.

Destructive bushfires are a global problem, and in many countries, have resulted in the loss of life, property and infrastructure. The Australian summer of 2019-20 was defined by a series of consecutive and at times coincident natural events involving a confluence of bushfires, floods, drought, and heat extremes. Thirty-three people died in bushfires in south eastern Australia, including nine firefighters. A total of 3,094 houses were lost. The financial costs were also significant. Insurance losses alone from the fires exceeded USD1.79 billion, while the costs of one flooding event in Australia’s north in 2019 exceeded USD4.36 billion.

To tackle these losses, Australia’s national science agency CSIRO teamed up with Suncorp, James Cook University (Cyclone Testing Station and Centre for Disaster Studies) and Room 11 Architects to design, build and test a prototype house resilient to multiple extreme events. The result was One House. At James Cook University’s Cyclone Testing Station and CSIRO’s Bushfire Burnover Facility, researchers tested which aspects of the house would fail or resist fire, cyclone and flood impacts. The bushfire simulator produced a 12-metre-wide fire front to replicate fire in a series of simulations. Up to 100 sensors were embedded in and around the house prototype to measure air and surface temperatures, radiant heat flux and track how individual elements of the house survive different fire intensities.

The results of One House collaboration, research and testing have enabled CSIRO and its partners to qualify specific design principles and demonstrate how clever use of design and material selection can dramatically increase the resilience of a home. This has led to a more robust and resilient house design that can help to protect against extreme weather. Having a liveable house after a fire passes through addresses two very practical problems. It ensures people are not left homeless and gives people the confidence to leave their houses undefended in the face of a fire, potentially saving lives.

CSIRO is Australia’s national science agency, solving the greatest challenges through innovative science and technology. We have 5,500 dedicated people across sites, labs, offices and diplomatic postings in Australia, Singapore, Vietnam, Indonesia, US, Chile and France. CSIRO works with 2,400 industry, government and research partners. CSIRO has been conducting bushfire research for over 60 years.